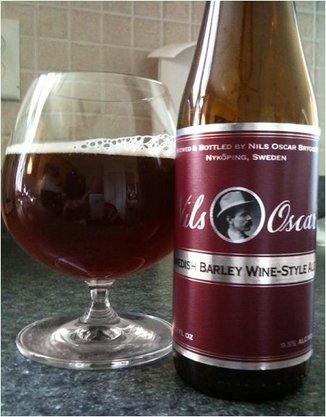 Sweden's leading craft brewery is named for the owner's wandering story-telling uncle, who made his home in the USA for quite a while, but in the end came back to Sweden to stay. Nils Oscar grows and malts its own grains, then painstakingly fashions them in to tasty brews.

Founded in Stockholm as "Kungsholmens Kvartersbryggeri" in 1996, they soon merged with the estate and distillery in Tärnö under the name "Tärnö Gårdsbryggeri". In 1999, the name was changed to "Nils Oscar Bränneri & Bryggeri". In 2005, the brewery operation moved to lager facilities (the old water treatment plant) in the country town of Nyköping. During 2008, the company changed the name to "The Nils Oscar Company" as they started to export beer and liquor to Denmark, UK and the US.
From the brewery's website:
"Nils Oscar Barley Wine is produced with a lot of hops and malt. Thus, giving it a distinct aroma and fruity taste. This beer tastes wonderful with dessert, cheese or chocolate. The Nils Oscar Barley Wine can be enjoyed today but it is preferable to allow it to  mature for a couple of years." 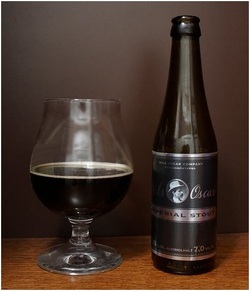 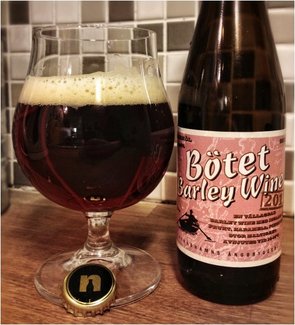 From the website:
Botet Barley Wine brewed the first time in summer 2007 and became the strongest beer we brewed up. The production of Botet is a bit special because we only want the strongest wort by mashing. We take advantage of the strong wort and let it rest while we leach upon the weaker wort and brew another beer on it. 2007 was the Jubilee Ale and 2008 was brewed DIPA and ESN of the weaker wort. After beer no. 2 is brewed, we take back the strong wort to cook and make Botet Barley Wine.


Botet Barley wine takes its name from the headland Järflottaborna used to keep peace between the mainland and the island. Botet is brewed with Pale ale malt and three different caramel malts. Hops used are Santiam, Chinook and Cascade. It is also seasoned with honey from the local apiary Herrö.

As all our beer is unpasteurized - and brewed with care and love. 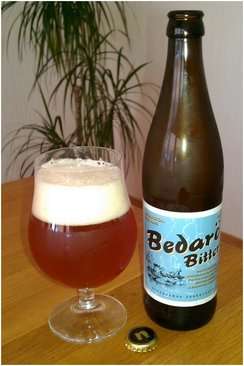 From the Nynäshamns Angbryggeri website:
The first beer we brewed (1997) continuously and is now our biggest selling product. The name Bedarö Bitter comes from the island off Nynäshamns port. This is a top fermented bitter ale, brewed Pale Ale, Crystal and Wheat malts from the renowned English mälteriet Thomas Fawcett and seasoned with American hops, Chinook and Cascade. The beer is fermented in conical tanks and stored for four weeks. Like all our beer, it's unpasteurized and brewed with care and love.

We have over the years won several awards for Bedarö Bitter and the finest was probably 2006 when the beer won the category "Best Swedish beer in all categories" at the Stockholm Beer Festival. 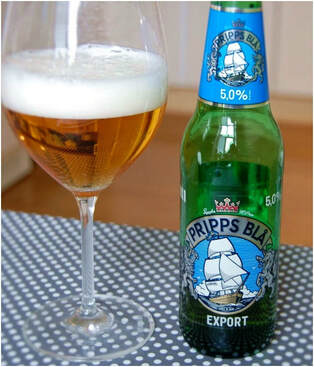 “Pripps Blå Export has long been a great seller and has been appreciated by the Swedish people for many years.

Pripps Blå is Sweden's largest and most popular beer. Pripps Blå is popular and for many is associated with Swedish summer, community and archipelago, in blue tones.

Pripps Blå is a bright, fresh and refreshing lager beer made from only malt, hop yeast and water. Not too busy and not too sweet. Pripps Blå is brewed on natural ingredients and with old brewery tradition dating back to 1828.


Gothenburg Johan Albrecht Pripp learned all about beer during his many trips to Germany. In 1828 he then started brewing his own. Nowadays, Pripps is one of Sweden's oldest and most famous brands.

Light style with fragrance of bread, straw and some citrus. Fresh taste with slight bitterness in the finish.

Pripps Blå's balanced and refreshing character makes it suitable for Swedish cuisine with many different flavors and consistencies, but where no individual taste dominates, such as the buffet table on Christmas or midsummer. Good also with burgers and fries or classic Swedish pizza, as the beer becomes even more intimate. Works fine for slightly stronger dishes, nice traditions or with good friends in the bar.” - Carlberg website 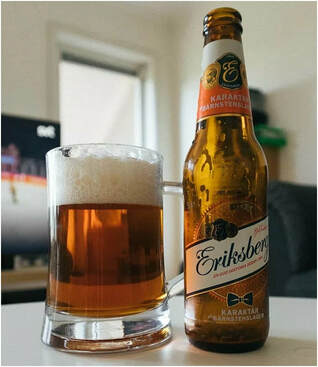 “Eriksberg's Karaktar is specially designed to suit the Swedish home cooking, French bistro food as well as just being fit for socializing when you want to enjoy it.

Eriksberg Karaktar has an alcoholic strength of 5.4%, and is an amber colored layer with lovely hop odor and a full bodied body. It contains a large malt body, with pilsner, caramel and black malt. It has a clear and balanced bustle with lovely hop trees, which draw on the herbaceous and flowery way.

Eriksberg Karaktar contains a lot of everything to give taste and Karaktar to the taste experience.

It is not just us who think so. We have allowed consumers to participate in ensuring the best possible taste.

Eriksberg Karaktar is a good story that we developed ourselves. We are proud to be able to offer this Swedish own-made beer with high premium.” - Carlberg website 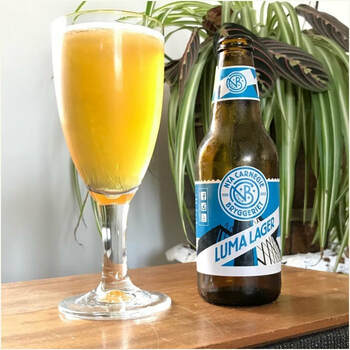 In 1930, the Luma lightbulb factory was founded in Hammarbyhamnens southern part. The factory started as a protest against the existing lamp manufacturers price cartel. Soon, a nice light spread from the factory's roof. It was the workers who tested the lamp prototypes up in the glass tower and the light was seen far and wide.

Today, Nya Carnegie has re-built parts of the old lightbulb factory into a brewery. And just like Luma wanted to brighten up way for the lamp industry, Nya Carnegie now wants to be a lighthouse for the beer culture in Sweden. As a tribute to its history-block, Luma Lager was brewed. A modern, filtered and brightening lager of 5.0% with soft, balanced bitterness. 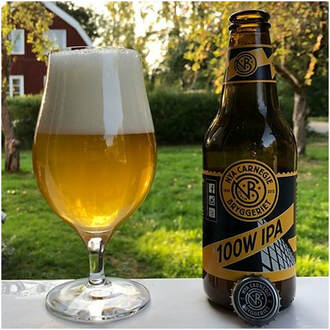 “We had to make a big deal of our 100th brew, which came out about a year after we opened up in our converted old Luma light bulb factory. During our first year, along with brewing our flagship beers (Kellerbier, Amber and Jack), we have found time to design and brew over a dozen specials. So far, there’s been dark and light saisons, schwarzbier, witbiers, imperial stout, imperial brown ale, Belgian bruin and more, but you know what? We hadn’t yet brewed an IPA – one of the most classic beer styles out there. This had to be rectified, and we hope you like what we’ve added to the big, wide world of IPAs.
100W, a name that pays tribute to light bulb lingo, is super pale and unfiltered. The first thing that hits you is the nose of grapefruit and lemon zest. On the palate, fruits come forward – orange, gooseberry and blueberry notes. The malt sweetness in the front of the mouth gives way to a growing, snappy, lingering bitterness, that itself tails off into a dry finish and a thirst for more.
We thought this was such a successful 100th brew that we’ve kept brewing this delicious recipe.” 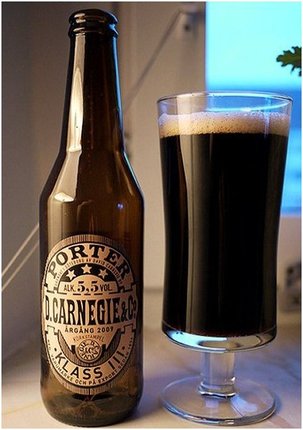 From the website:
History: Carnegie Porter is our oldest, now living, brand. Export production began at the Lorent brewery in Gothenburg during 1817.  David Carnegie took over the operation in 1836 . Carnegie Porter has since been the dominant porter in Sweden. Carnegie Stark Porter may well be stored for up to ten years in which the flavor develops and matures.

Smell & Taste: Slightly roasted aroma with hints of brown sugar and coffee. The taste is round and complex with hints of chocolate and coffee with some bitterness in the finish; the flavor is rounded with age.

Food & Beverage: The roasted notes of Carnegie Porter serves as a toast to seafood and cheese. It pairs well with everything from the grill, where the aromas marry each other. Carnegie is brilliant for pickled herring and its sweetness makes it suitable for aged cheeses. Try with cakes, chocolate and creamy desserts, or enjoy for grilling along with a good cigar.