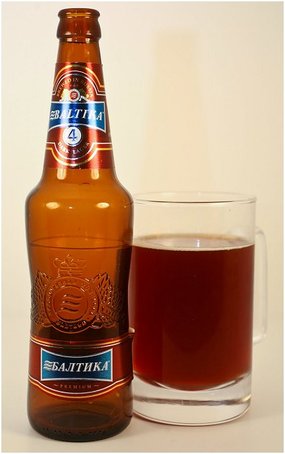 Baltika №4 Original is one of the oldest brands of Baltika Breweries produced since April 1994. The very name stresses the distinctive character of this brand as its recipe has no analogues either among Russian or world brands. Baltika №4 is a dark drink produced with rye malt, which adds bread flavor and light bitterness to the taste. The Original sort is now steadily popular and has dedicated lovers throughout Russia.

Baltika №4 is traditionally produced only at St. Petersburg brewery. From this place it is taken all over Russia and exported to almost 30 countries of the world.

Baltika №4 has won a number of top prizes of international professional contests. In September 2004 Baltika №4 was among the 50 top brands of the world by the results of the annual International Beer Challenge Contest.

All the brands participating in the contest are divided into 12 classes and are strictly assessed by their flavor and package by the leading experts in brewing. The jury includes both consumers and specialists in marketing and packaging. Two times running, in 2007 and 2008, Baltika №4 won the silver medals of the Australian International Beer Awards Contest in the category of Lager Packaged.

In 2008 Baltika №4 Original brought the Company the Gold Medal of the European Beer Star Awards Contest in the category of Red and Amber Beer. This is the top award of one of the most prestigious contests of the world brewing. The contest was organized by the Association of Private Breweries of Germany and the Association of Independent Breweries of Europe. One of the conditions of the participation is strict compliance with the traditional laws of European brewing. The jury of 65 experts in brewing from 16 countries evaluated the available brands in 40 categories. The samples were traditionally tasted by "blind testing," which guaranteed unbiased evaluation. 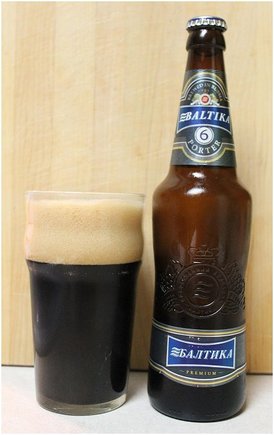 The Baltika №6 Porter beer was designed and launched in production in 1994. This traditional dark beer is brewed according to old English recipes. The elite hops, special yeast, purest water and high skill of the brewers are a guarantee of the popularity of the Baltika Porter. Baltika Breweries makes this beer using the best kinds of dark and pale malt. All this ensures the unrivalled taste of the Porter that was appreciated not only by Russian consumers: this beer is exported to 30 countries around the world.

The Baltika №6 is one of the most eminent and titled brands of Russian beer. It has been distinguished by a great number of awards won at Russian and international contests. For two years running (2004, 2005) the top quality of the Baltika №6 was appreciated at the Brewing Industry International Awards contest that is considered to be a brewing Oscar. The high international jury adjudged this brand the silver awards in the Strong Beer category. In 2004, 2005 and 2006 the Baltika №6 Porter won the silver medals of one of the most prestigious professional tasting contests: the European Beer Star Awards. In 2007 the brand was awarded a silver medal in the category of the Low Fermentation Beer with the alcohol content of more than 6% at the tasting contest of the X Beer Festival in Helsinki. Twice, in 2007 and 2008, the Baltika Porter got silver medals in the Porter Packaged category at the Australian International Beer Awards contest. Besides, in 2008 the American Brewers’ Association marked the Baltika №6 beer with a silver medal.

The Baltika №6 Porter is the only Russian beer that entered the catalogue of "Great Beer Guide: 500 Classic Brews" by the world-known writer and beer expert Michael Jackson. "It is the flavor that makes these drinks great… Every time you raise the glass, there seem to be more flavor and aroma", wrote the author about the great beer brands.

The Porter beer is a dark beer with a characteristic vinous savour and strong malt aroma. This beer is very nourishing and foaming with a considerable alcohol content of 4.5-9.5 % (more than 10% in some varieties). The availability of at least one dark beer brand in the assortment of a brewing company is an indicator of the high brewers’ skill. 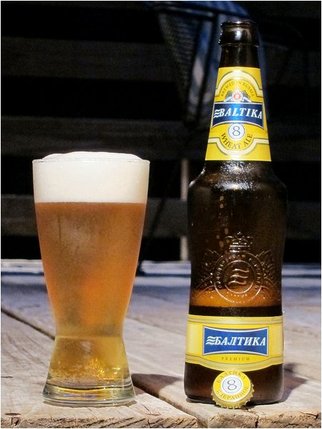 Baltika №8 Wheat beer was developed and launched in production in 2001. This beer is made according to a special recipe using wheat malt. This brand is characterized by a thick dense foam, soft fruit aroma with spicy tinges and light sweetness. The recipe of the Baltika №8 is based on wheat malt. This beer is not filtered; therefore, it contains more protein and other biologically active substances useful for health. The Baltika №8 quickly won the love of beer connoisseurs and is now the undisputed leader of the wheat beer segment. The Wheat beer is exported to 29 near and far-abroad countries.

The Wheat beer is one of the two kinds of Russian beer that were awarded the Brewing Oscar — the award of the Brewing Industry International Awards contest that has been annually held in Great Britain since 1886. Participating in the contest for the first time in 2004, Baltika Company was the only Russian producer to receive a bronze medal in the category of "Special Beer" for the Baltika №8 Wheat. In 2008 the Baltika №8 received a bronze medal in the Wheat Beer Packaged category in the Australian International Beer Awards contest as well as the Golden Osiris in the Best Wheat Beer category in the professional tasting contest at the X Big Moscow Beer Festival. 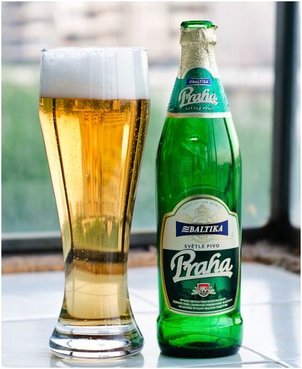 Translated from Russian:
Baltika Praha Czech lager, made in traditions of the best old recipes from one of the capitals of world brewing. Its pure, soft taste will take you down a gastronomic journey through the cozy streets and public squares of the old, yet eternally young city. The thin malt taste, flowery aroma and pleasant, noticeable bitterness of hops will delight all fans of classic Czech lagers. 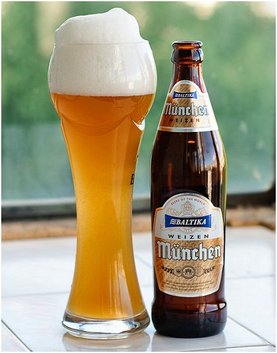 Baltika Munich is an easy-drinking, unfiltered wheat beer, which embodies the tradition of the Bavarian brewing. Baltika Breweries studied hundreds recipes of German Weiss Beer and selected the best of them. This recipe was the basis for new products. Wheat has always been used in brewing, but production of high-quality wheat beer has its own characteristics, and therefore requires great skill and experience from brewers.
Thick dense foam, pleasant, refreshing taste - characteristic features of the Baltika Munich. In its aftertaste, notes of banana, pear and cloves. Baltika Munich will give a new facets of taste to juicy meat dishes. 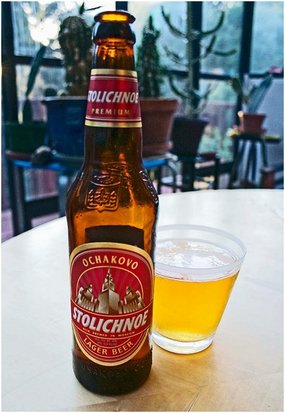 Only natural ingredients are used to brew beer at the Ochakovo plant. The history of our ingredients is thoroughly known because malt barley is grown on farmland owned by the company, and it yields an exemplorary quality while maintaining ecological purity. For all products Ochakov beer hops are bought in the Czech Republic (Žatec) and Germany (Hallertau). Our suppliers guarantee its quality by certification according to strict European Union standards. Water for beer passes a three-stage preparation (filtration, softening, cleansing) in the modern equipment from the leading German manufacturer - the company «Chriwa». Brewer's yeast for bottom fermentation for Ochakovo is grown by the Berlin Institute of Brewing Specialists. In academia, a small vial with a pure culture is bought and cultivated, and in 1.5-2 weeks turn into biomass of tens of thousands of liters.

All beer brewed at the plant Ochakovo is produced by traditional brewing methods exclusively from natural ingredients.

Stolichnoe is one of the few Soviet brands of beer now coined as the beer for the upper-class. To make this possible Ochakovo specialists had to work hard to improve the recipe. The lion share of this beer is now being sold for export.
Stolichnoe was the first Russian beer, produced in cans. Due to the fact that aluminium packaging was purchased from abroad, the cost of the novelty was not cheap. In this regard many of our compatriots who left the country in the 90’s remembered this beer as a premium brand.

Nowadays Stiolichnoe is produced using famous Zhatecky hops that "Ochakovo" imports from the Czech Republic. This hop is considered to be a high-quality, rare and expensive raw material. Beer made of it, has a bright full-bodied taste with a delicate hop bitterness and special flavour. This makes for a very easy- to-drink and refreshing beverage.