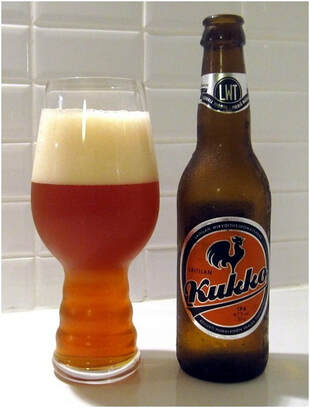 Laitila's Kukko IPA is a heavily hopped, top-fermented full-malt beer. It is brewed with American hop varieties and its exceptionally heavy dry hopping give the beer an extremely big hop aroma. The IPA type of beer first appeared in English in the late 1700s. The reason behind its development was to produce a beer capable of lasting the long sea voyage from England to India. The high alcohol and hops content of an IPA made this possible. Today, there are countless different IPA-type beers on the market, with the lines differentiating the various beer types becoming blurred, particularly where alcohol content is concerned. In general, an IPA is known for its bittered, aroma-hopped character. 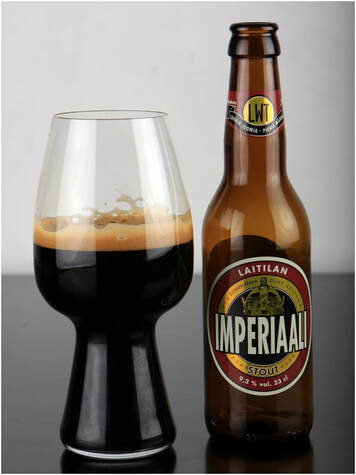 Thanks to its success in numerous competitions, Laitila's Imperiaali Stout has become a classic. Despite its high alcohol content, Imperiaali Stout is balanced and flavourful. The beer is nearly pitch black in colour and its aroma is dominated by roasty notes. Nuanced aromas of chocolate, liquorice and vanilla are present in the multifaceted taste profile, which is complemented by a powerful hoppiness. Five different malt varieties were used in making the Imperiaali Stout to give it its round, full-bodied flavour. 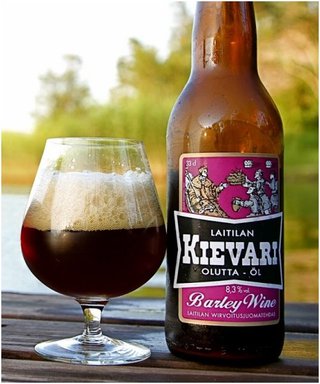 The Barley Wine style of beer is originally from England, but it is also produced in Laitila, Finland. The name does not refer to wine, but a high alcohol content.

Kievari Barley Wine is a very chewy and fruity, dark, unfiltered, full-malt beer. It has a long shelf life and it just keeps getting better as it grows older. It is a stimulating aperitif which is best served with dessert in an aroma glass such as a snifter or red wine glass. 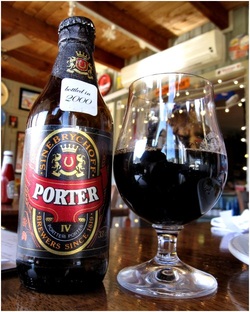 There are many theories about the name and origin of the porter, but not completely certain information. The history of this dark drink began in England at the beginning of the 18th century. At that time, it was customary to mix two or three different types of ale beer. There were usually three different types of pubs available: “ale”, “beer” and “twopenny”. The mix of all three was called the "whole".

In the turmoil of the Industrial Revolution, in 1722, Ralph Harwood began to produce a dark beer that combines the best of three different types of beer. The drink began to be called Mr. Harwood's Entire, and it gained great popularity especially among the porter of the East London markets. These brutal men, who carried meat, fish and vegetables at the stalls of the markets, would like to sip a pint-feeding dark beer, and the drink was called a porter. This is what one tradition tells us.

The popularity of Porter spread to every corner of the British Isles. It was the world's first nationally-produced beer type, which was also exported abroad: to Eastern Europe, India and China. Later, the porter was also produced in a lighter version, and a strong dark beer was called as a stout. The stylish dark, surface-fermented and heavily hopped dark beer was named Imperial Stout when the British began to export it to Tsarist Russia.

Porter was the first product of industrial brewing. It was a common type of beer in Finland, even to the prohibition law. The Porter was made at Sinebrychoff already in the 1860s, although in relatively small quantities and mainly in the winter months. In the 1910s, Ab P. Sinebrychoff produced a Sff Ruunu portlet. In the 1930s, Sff Porter was launched.

Sff Porter is Sinebrychoff's oldest special beer. Sinebrychoff has been producing it continuously since 1957. The recipe has remained almost the same from one decade to the next. Sff Porter was developed by Sinebrychoff brewers Nils Sandman and Boris Orlo and laboratory manager Aarne Rahiala . According to the story, the yeast was brought secretly from the British Isles in a test tube to the Hietalahti brewery. The yeast was stored for a long time in the brewery's own laboratory and was only transferred decades later to be treated by VTT's yeast bank in Espoo.

Sff Porter is a dark beer made with surface yeast. It is made using highly flavored specialty powders and a lot of hops that produce bitter substances and scents. Surface yeast fermentation produces fruity aromas. Sff Porter's aroma is maltese-roasted and sour cream, and it also has coffee and liquorice flavors. Sff Porter is not filtered but the yeast is separated by separation.

In 1988, Sinebrychoff cooked a specialty gate that was allowed to mature for four years. It was bottled in small spiral bottles of sparkling wine in 1992.

In 2013, a special version of Two Tree Porter was produced by Sinebrychoff Porter together with the Brooklyn Brewery Brewery. Sinebrychoff's brewer Tapio Kangas-Heiska brewed the brewery by Garrett Oliver, a brewer at the Brooklyn Brewery . According to its name, there were two trees in the portlet, the Finnish spruce Frantsila and the New York maple syrup.

Sff Porter is Sinebrychoff's most award-winning beer. In 2000, the Beverage Testing Institute in Chicago selected Sff Porter as one of the best imported beer in the US. In Finland, Sff Porter has been listed many times in the Hanaola of the Year (number one in 1998, 2000 and 2001, second in 1999) and has won a silver medal in the International Beer Olympics in England in 1998 and 2002. Almost a thousand beers from all over the world participate in the race.

The world's most famous beer expert, Michael Jackson, has qualified Sff Porter and Sinebrychoff as the only Finnish beer to be among the top 500 in the world.

Sinebrychoff Porter was selected as Best of Breed in Finland in a blind test competition organized by Suomalainen Olut ry. 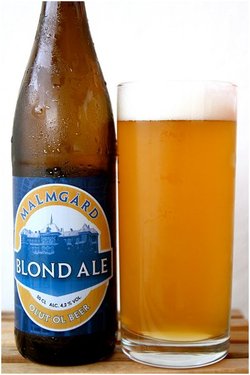 Malmgård Blond Ale is a light, fruity, top-fermented ale. Its pleasant,
soft body is achieved through the home-grown historical type of organic “lantvete”, domestic barley malts and the estate’s own spring water.
The characteristic citrusy aroma is achieved through a combination of four different types of hops and a Belgian strain of yeast.  The end result is a multi-faceted thirst quencher that is best enjoyed at 6-8 degrees Celsius. (43-46 degrees Fahrenheit) 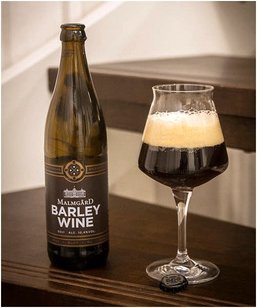 Malmgård Barley Wine is an unfiltered dark-brown beer. Strong, warm and malty with a fruity body and an aftertaste consisting of the sting of hop bitterness. Best served at 12–15 degrees. 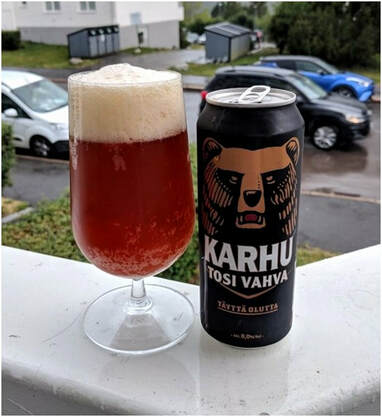 “Karhu Tosi Vahva is fair Malted and hopped with the best hop varieties. It is a well-balanced, very strong beer.
The first Karhu beers were enjoyed in Pori in the 1920s. Karhua was still in the Pori region at the beginning of the 1930s, but then it fell asleep. Beer has been produced continuously since 1958, initially as the first cell. Bear III was launched in 1961. In 1991, beer distribution was expanded nationwide. Today, Karhua is produced at Sinebrychoff's Kerava Brewery. Karhu Tosi Vahva was born in spring 1999.
Ingredients: water, barley , barley , hops, color (sugarcurrant).